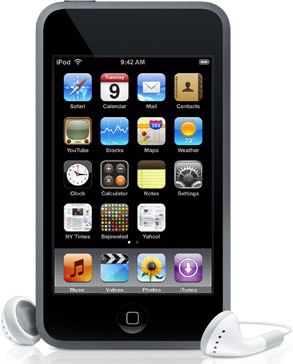 As a way to foster sharing within our division, those of us that have the opportunity to attend conferences are asked to share the things we learned while we were there. Recently, some of the elementary ITRTs had the chance to attend the NCTIES conference in NC, and we learned a lot. iPod Apps is one of the areas that was talked in many sessions. I’m going to share about a session I attended that addressed ideas for grades 3-8 in a very creative way. Craig Lawson and Lucas Gillispie presented at this session, and shared materials on the iPod Games for Learning Wiki.

One of the things that most interested me about this presentation was the fact that Craig is using ipod GAMES in his classroom to foster writing skills.  Not just the drill and practice games that are available on the iPod Touch, but simulation games.  He described three:  SIMS 3, Civilization Revolution, and Spore: Orgins.  He used these games to create cross-curricular writing units in which students learned about civilizations, diseases, characterization, plot, and more.  What a great use of apps!  You can view lesson plans and activity rubrics by visiting the page devoted to each of these apps.  Here’s a quick summary from the wiki:

Sims  3 Information — In this game, the player creates a virtual person, or SIM, and then helps that person live out their virtual life.  Your SIM can get a job, has hobbies, and even personality quirks that emerge when interacting with other SIMS.  The wiki includes lessons on understanding the character element of fiction, character traits, point-of-view, and plot.

Civilization Revolution Information — Players assume the role of a historic leader and lead their civilization from very primitive early stages to the modern age.  While doing so, they will engage in diplomacy with neighboring cultures, develop science and technology, monitor their economy and culture, and engage in warfare with other civilizations.  The wiki includes ideas for having students assume the role of a different historical leader and play with the same motivations that lead had (or is thought to have had).

Spore: Orgins Information — In this game, the player begins as a basic aquatic life form and develops adaptations that increase its survivability.  The students’ custom-designed creature might have extra eyes or powerful mandibles for eating smaller organisms. In the lesson, students develop a basic understanding of diseases and microbes and write, figuratively from their microbe’s point-of-view.

Craig and Lucas also suggested a few other apps that they have been using with students:

They also described an online training model in which teachers enroll in a year-long app class using Moodle.  They are introduced to a new app a week.  I love this idea!

You may also want to check out Craig’s blog Lawson In The Middle or Lucas’s blogs Edurealms.com and PCS-Tech.net.  After seeing their presentation, I sure have.  Their ideas were great!